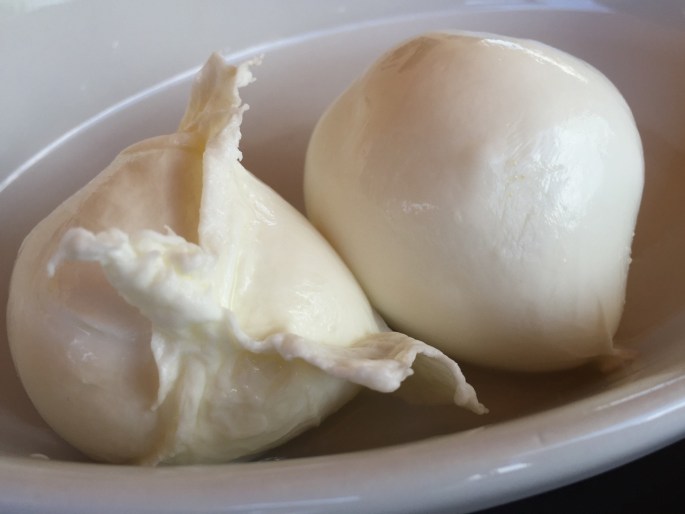 If you’re any kind of foodie at all you know about the different kinds of mozzarella and that most of the stuff in supermarkets is mass-produced and tasteless. Campania (of which Cilento is a part) has a Protected Geographical Origin status for its Mozzarella di Bufala di Campania – you can’t make something and call it that unless it is from water buffalo milk and produced in that region. If you’ve ever had it you’ll know it’s pretty much the pinnacle of mozzarella (not burrata, more on that later). We went to visit an organic dairy farm called Vannulo, to see how the cheese is made but mainly to see where it comes from, which turned out to be much more interesting. The cowshed was quite the sight, the animals were enjoying an automated massage machine and regular showers (they’re water buffalo after all) and voluntarily going for robot-controlled milking. They’re allowed to be milked every 6 hours, some try to go sooner and thanks to the chip on their ear, are diverted away from the milking station by a system of gates.

We enjoyed a tasting afterwards (as fresh as you can get it!), followed by some gelato di bufala. This didn’t seem like nearly enough however so we went to visit another producer that we had met at a food event in Prague six months before. Barlotti is just a few kilometres away and after a brief walk to the beach and back (wondering if the sea air made the milk naturally saltier) tucked into a mixed starters plate, featuring several of their products. The standard mozzarella di bufala, a smoked version (delicious), some ricotta and various other tasty bites, including salami from buffalo meat.

Mozzarella di Bufala is a fantastic foodstuff and there’s really nothing like eating it in the place it’s made (or close to it, our outdoor seating at Barlotti was a touch too close to the cowshed resulting in somewhat farmyardy undertones).